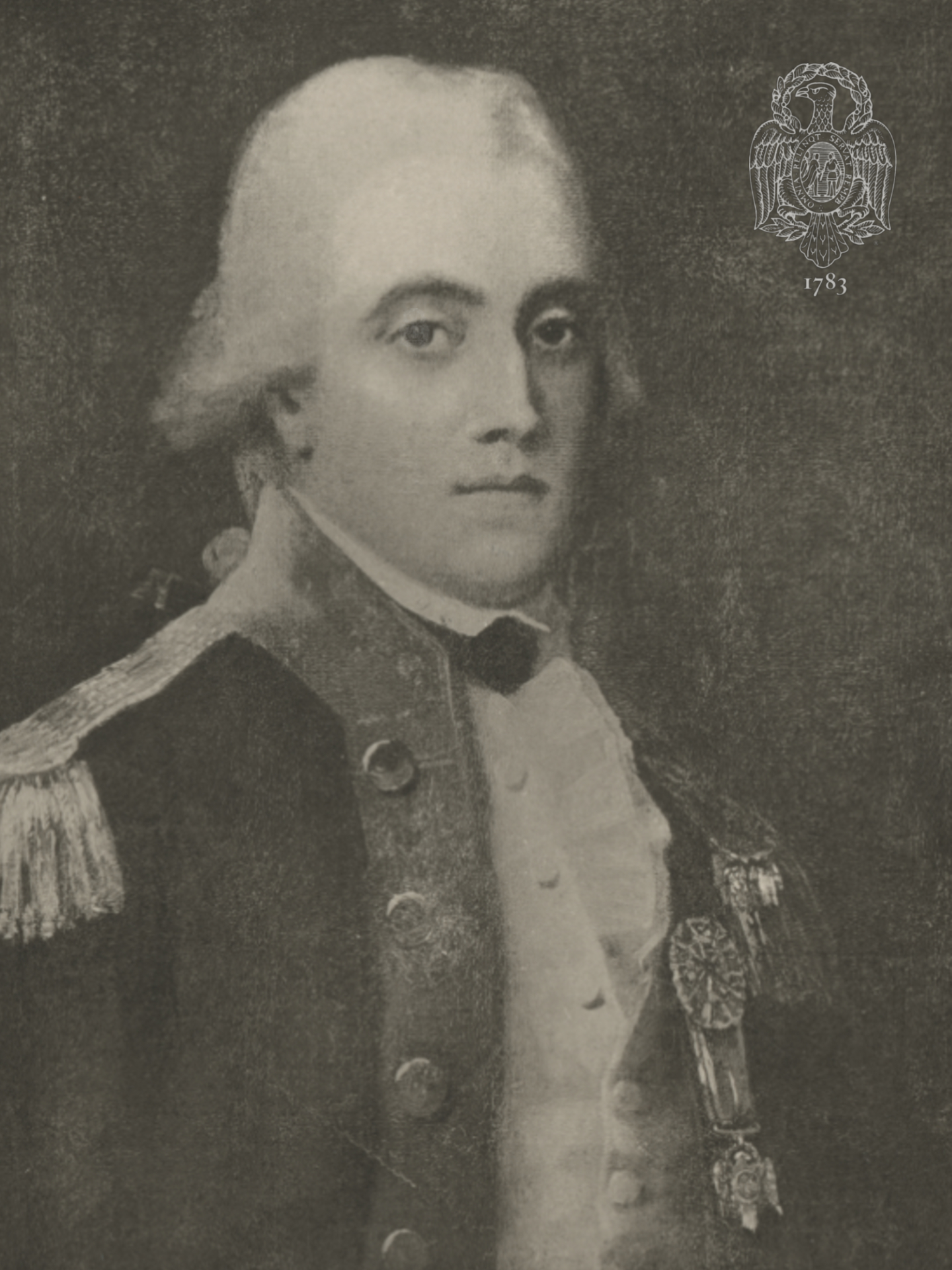 Chrystie was born 13 January 1750 at Hales’ Quarry, near Edinburgh, Scotland, the son of John and Janet (Clarkson) Chrystie. He came to America early in 1775. On 5 January 1776 he was commissioned First Lieutenant in the company commanded by Captain Stephen Bayard of the Second Pennsylvania Battalion, Colonel Arthur St. Clair. When Captain William Butler was promoted to the post of major of the battalion, Chrystie was commissioned captain of the latter’s company on 11 October, to rank from 9 August 1776.

The battalion took part in the Canada invasion of 1776, retreating to Ticonderoga with the other American troops. On their return to Pennsylvania in February 1777 the unit was designated the Third Pennsylvania Regiment in which Chrystie retained his rank and command until the reorganization of the Pennsylvania Line on 1 January 1783, when he was transferred to the Second Regiment, and remained with them until mustered out on 3 June 1783.

The Third Regiment had a distinguished record: in Conway’s Brigade it received the initial British attack at Brandywine; at Germantown the Brigade was at the center of the line. It was present at Whitemarsh and wintered at Valley Forge, where Chrystie took the Oath of Allegiance on 23 May 1778. In June the regiment saw action at Monmouth and it wintered at Morristown 1778-1779.

The early part of the new year saw patrolling duties for the regiment in northern New Jersey, and some of its elements were led by Anthony Wayne at Stony Point. In 1780 the regiment was at Paramus and took part in the attack at the “Blockhouse” at Bergen Heights, New Jersey on 21 July. Later in the year it was in Connecticut, and from its bivouac at Tappan, New York, was part of the force rushed to secure West Point at Arnold’s treason in September. Linn and Egle say, “On the discovery of Arnold’s plot at West Point, he [Captain Chrystie] was detailed specially by Gen. Washington to visit all the posts.” The regiment wintered at Morristown 1780-1781 and its men mutinied with the others of the Pennsylvania Line.

Chrystie seems to have led a turbulent career in the Continental Army. He was court-martialled for refusing to take his proper post and march with his detachment, and for this received a reprimand. With Lieutenant James Armstrong and Captain Thomas Lloyd Moore [ Original Members of the Society], also of the Third Regiment, he was court-martialled in 1778 for “behaving in a scandalous manner, beating a number of persons, breaking windows, and other abusive treatments.” Chrystie and Moore were found guilty of “abusive treatment” only. They were reprimanded, and the “Commander in Chief is sorry he has a Reason to Declare that Captns Christy and Moore, and Lt. Armstrong were, through the whole of this affair, in Circumstances that did them very little honour. He Laments they should suffer themselves so far to Deviate from that line of Delicacy and Decorum which [they] owe to their own character, as to engage in Riot and tumult of singularly [sic] complexion, especially as it Rather appears by their own Defence, that they had left their Regt without leave.”

Now, in 1783, Captain Chrystie was to be court-martialled again as a result of his involvement in the minor mutiny of the Line in the Spring of that year. In May it had been decided that the Army be immediately furloughed without settling the pay accounts of the men. Unrest already existing in the Philadelphia barracks was made more dangerous when a small group of newly-enlisted men from Lancaster, demanding pay and supplies, marched on Philadelphia. Congress, feeling threatened, left Philadelphia never to return there until after the adoption of the Federal Constitution. The sergeants controlling the mutineers, emphasizing that their quarrel was with the State rather than Congress, selected six Pennsylvania officers, among them Captain Chrystie, to present their demands to the Supreme Executive Council. Chrystie’s instructions from the mutineers stated

You are to remember that every effort in your power must be exerted to bring about the speedy & most ample justice. And even to use compulsive measures should they be found necessary – which we will support you in to the very utmost of our power. Should you shew a disposition not to do all in yours, Death is inevitably your fate.

Chrystie wrote to John Dickinson that the officers had tried to mitigate this language, but with no success. Eventually the Council brought the matter to a peaceful end, but in July Washington sent General Robert Howe with fifteen hundred troops to Philadelphia to make sure order reigned and to examine the matter thoroughly. Three of the officers, among them Chrystie, who had acted for the sergeants were court-martialled and acquitted.

The troops that had been furloughed in May were discharged in October, and the last Pennsylvanians came home from South Carolina and were mustered out by early December. Pennsylvania, however, still had a war on its hands, that between the “Yankee” Connecticut settlers in the Wyoming Valley and the “Pennamites” who wished to drive them out and claim under Pennsylvania title. Until the end of hostilities with the British, a garrison of Continental troops had been stationed in the valley for protection against raids and the preservation of peace between the rivals. That garrison was now withdrawn, and on 22 September 1783 the Pennsylvania General Assembly resolved

That the Supreme Executive Council are hereby empowered, and required to take into the service of this State, one major, two captains, four subalterns of the officers of the Pennsylvania line, who are forthwith instructed to enlist two full companies of the soldiers who have served in the Pennsylvania line, to serve such time as to the Supreme Executive Council, or the succeeding Assembly shall seem meet…

These State troops, or Ranging Companies, were to replace the Continentals at Wyoming. The Major chosen was James Moore, the captains were Philip Schrauder [an Original Member of the Society], and James Chrystie who enlisted his company near Philadelphia and marched immediately to Wyoming where he arrived on 22 October. The events of this unhappy affair will not be further discussed here. This garrison was later withdrawn and Chrystie was appointed by John Lukens, Surveyor General of the Commonwealth, one of the Deputy Surveyors of the Donation Lands on 5 May 1785; he continued as such at least until 1790.

Not much is known of his private life. In 1781 he married Mary, the daughter of the Reverend John Albert Wygandt. After the war he established a real estate business in New York City, with Abijah Hammond a lieutenant of the Third Continental Artillery, and a member of the New York State Society of the Cincinnati. Schuyler, op. cit.: 171-172 states that he was with Anthony Wayne at the Battle of Fallen Timbers on 20 August 1794, and goes on to say that he afterwards established a chinaware business in New York City. He was a Vice President of the St. Andrew’s Society of New York, where he died in June 1807 and was interred, with military honors, in a vault in the Wall Street Presbyterian Churchyard.