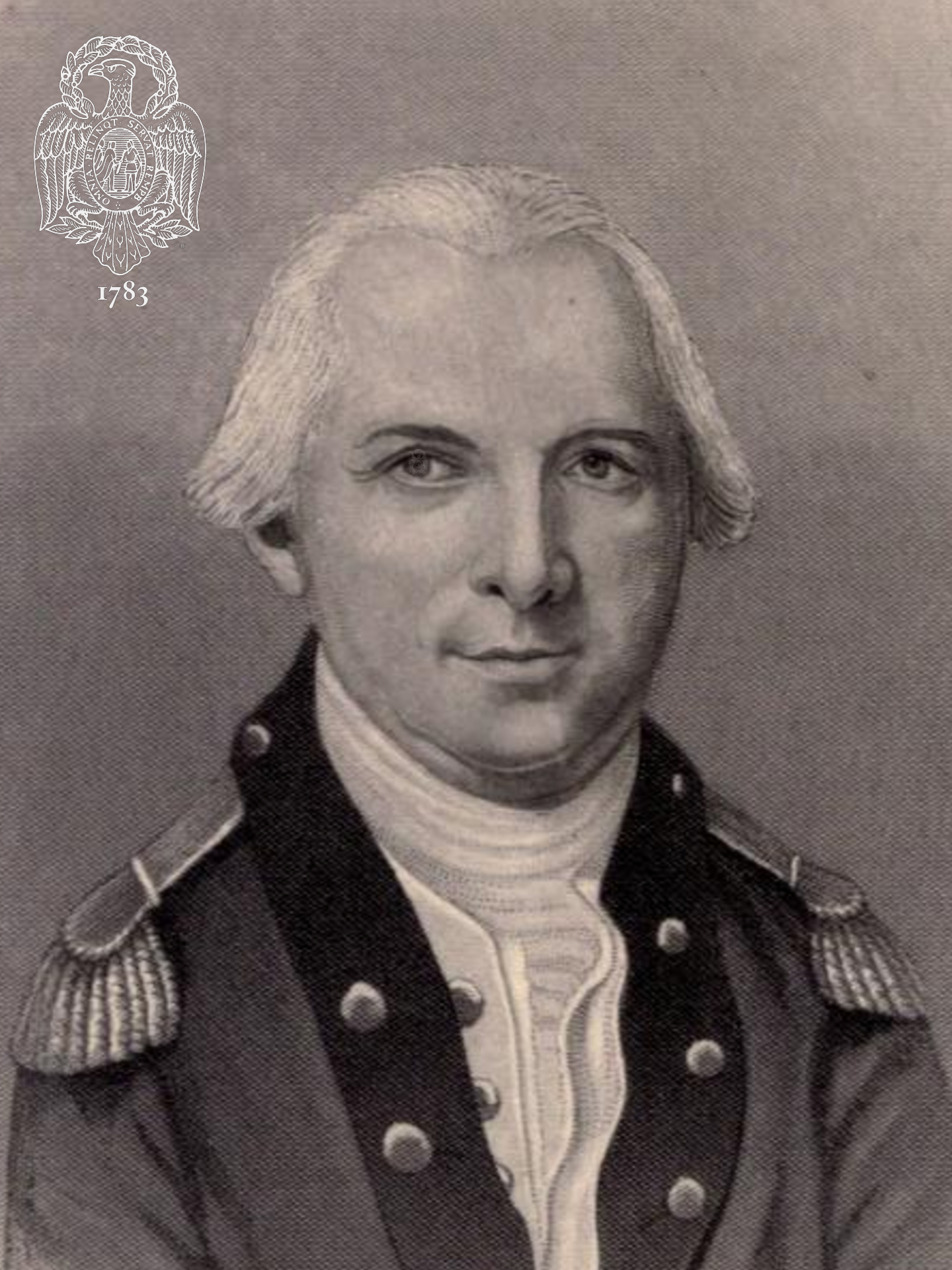 Brodhead’s name is certainly important in the history of the Commonwealth and even of the nation, but he has not received the attention of biographers that is perhaps his due.

Brodhead was born in New York State on 17 September 1736. His father, Daniel, moved to the northern wilderness of Pennsylvania when the son was still very young, settling at a place he called “Dansbury” after himself; the town is now East Stroudsburg, Monroe County. Eventually the family acquired a grist mill in Heidelberg Township, Berks County where the child was reared, but very little is known about this period of his life. The area then had all the attributes classically assigned to American frontier regions and suffered severe Native American raids during the French and Indian War. Daniel thus was fully acquainted through personal experience with the problems of settlers in the American wilderness, and all his life displayed an affinity for frontier service.

In 1773 he removed to Reading when he was appointed Deputy Surveyor under John Lukens, Surveyor General of the Province’s lands for the Penn family. In July 1775 he was a delegate from Berks County to the Provincial Convention in Philadelphia, convened to choose delegates and instruct them what to do in the First Continental Congress. They resolved “That there is an absolute necessity that a Congress of Deputies from the several Colonies be immediately assembled, – for the Purposes of procuring Relief for our suffering Brethren, obtaining Redress of our Grievances, preventing future Dissentions, firmly establishing our Rights and restoring Harmony between Great Britain and her colonies on a constitutional Foundation.”

Early in 1776 Brodhead is reported to have raised an independent company to guard the lower Delaware River; confirmation is lacking. But in March he was made Lt. Colonel of the Pennsylvania State Rifle Regiment (Miles’ Regiment). When Samuel Miles was captured at Long Island, 27 August 1776, Brodhead became commander of the remnants of that unit and of the Pennsylvania State Battalion of Musketry, whose commander Samuel John Atlee was also a prisoner. In October the officers and men of these units who wished to remain in the service of the state were consolidated into the “Pennsylvania State Regiment”; Brodhead himself was then transferred to the Third Pennsylvania Battalion.

On 14 February, at the death of Colonel Aeneas Mackey, Brodhead was promoted to Colonel and made commander of the Eighth Regiment, with which he is most commonly associated. He took the Oath of Allegiance on 12 May 1778. His history as Commandant at Fort Pitt from 1778 has been given in the historical portion of this book, and can be followed in more detail through the authorities cited in the bibliography. His trials were many, and he met them with ingenuity, inventiveness and irascibility, all valuable traits on the frontier of his time. He and his men were commended by Congress in October 1779 for their Indian campaign ; this, however, did not prevent increasing tension particularly between the military and the civilians at Fort Pitt. The situation was complicated by the still-unresolved claims of Virginia to the area and the presence of Virginia troops, often in conflict with the Pennsylvanians. On 6 May 1781 Brodhead relinquished command to Colonel John Gibson of the Seventh Virginia Regiment who held it until Brodhead was succeeded by Brigadier General William Irvine.

In Philadelphia Brodhead had to face a Court of Inquiry in regard to his actions at Fort Pitt. Colonel Lewis Nicola [an Original Member of the Society] was President of the Court which in January 1782 dismissed all counts against Brodhead, saying, “…the Prosecution is malicious and groundless and [we] acquit Colo. Brodhead with the highest honor.”

While still in the west, Daniel Brodhead had been transferred to the First Regiment when the Line was reformed on 17 January 1781, and he remained commander until the end of the war. During all or part of this time he was certainly in Philadelphia because of his unresolved military difficulties. His final vindication came in a brevet of Brigadier General when he left the service. In November 1783 he was a signer of the Pennsylvania Parchment Roll of the Society of the Cincinnati and of the “Pay Order of 1784.”

Daniel Brodhead returned home to Berks County. He was one of the county Representatives to the General Assembly of 1789, and like most of his fellow-officers represented conservative interests, voting for the amendment or changing of the radical Pennsylvania Constitution of 1776, which was accomplished in 1790. The conservatives had a firm hold on Pennsylvania’s politics, and Brodhead returned to his old profession of surveying in 1789, this time as Surveyor General of the Commonwealth, a position he held for eleven years.

About 1789 Brodhead removed to Milford, then in Northampton, now Pike County. He had married Elizabeth Depuy by license dated April 1756, by whom he had two children, Captain Daniel Brodhead, Jr. [an Original Member of the Society] of the Third Pennsylvania Battalion, and Ann Garton Brodhead. The General married as his second wife Mrs. Rebecca Mifflin, who died in 1788 at Reading. There were no children of the second marriage, and Daniel Brodhead died at Milford, where there is a monument to his memory, on 15 November 1809.